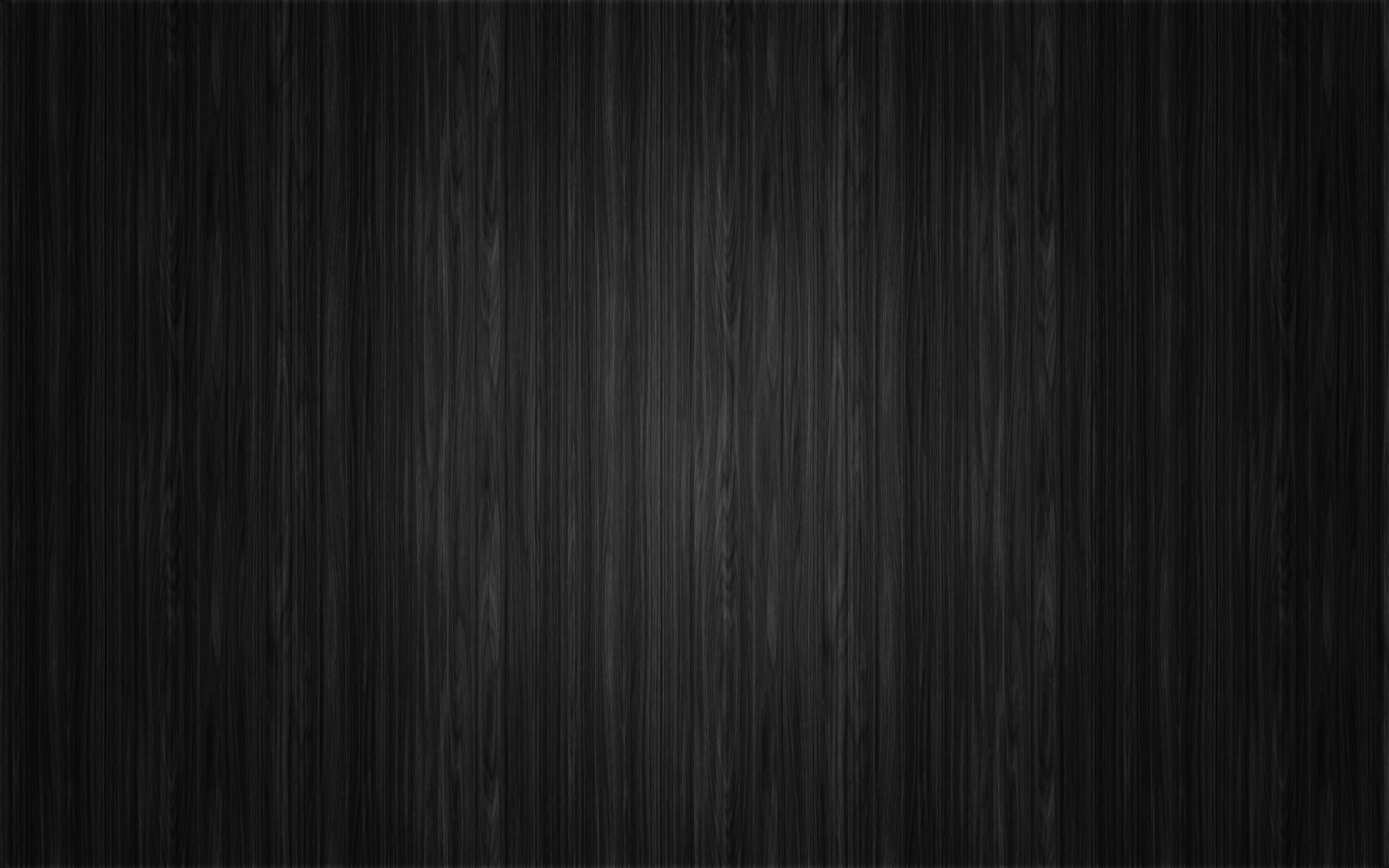 My Husband Sexually Assaulted Me In My Sleep For Years

You can call the National Sexual Assault Hotline at 800-656-HOPE (4673) to connect with a sexual assault service provider in your area who can direct you to local resources. What do I do if I’ve been raped?

People do not understand why women seek out the internet and maybe because they do not feel safe in their homes. My husband sexually and emotionally abused me for years. The breaking point is when I was speaking to my therapist and she noted my infusion should have arrived and I repeated what he had told me which seemed unlikely, I followed up. The medicine had been approved for a year but he was intentionally withholding my medicine.

Section 270a – Abandonment of spouse

The problem was me. I got married when I was a teen. I was coming from a severely abusive background. I was desperate for family and love. I don’t have a family and anyone who says otherwise is a liar.I allowed my husband’s envious sister to bully me. I never spoke about where I’ve been or who I know. She preyed upon that need for acceptance. She married twice for money and she’s exactly the same as the women who were envious and obsessed with me. Mirroring my hair and competing, common features of borderline personality disorder as noted in the most recent case involving Amber Heard and Johnny Depp.
“Personality is the way of thinking, feeling and behaving that makes a person different from other people. An individual’s personality is influenced by experiences, environment (surroundings, life situations) and inherited characteristics. A person’s personality typically stays the same over time,” according to the American Psychiatric Association.

Someone may have a personality disorder when their way of “thinking, feeling and behaving” deviates from the cultural expectations that causes problems with functioning over time, the association added.

There are ten personality disorders, which are defined by affecting at least two of the following areas: the way we think about ourselves, the way we respond emotionally, the way we relate to others or the way we control our behavior.”
It was the same situation that I was involved with a group of women who like Sophia, didn’t appreciate the fact that I was a hard worker by merit. Article can be read here.. In fact, Sophia Harang was friends with Trisha Cummings and that tells you all you need to know. I remember all her stories about being high on cocaine at Hollywood parties. I never knew that side of Hollywood, I wasn’t a pass around girl and

I have lots of family in that town. Blood related. I’m not unique in this because other women have suffered by the hands of other women. Her article mirrors my exact situation and the abuse that endure by my husband with the help of those women was the same dysfunctional dynamic which I endured as a kid.I was on chemotherapy for Lupus and gained weight. Sophia allowed her son to speak poorly of me because with women like that, they can’t fathom hard work or marrying for love. I did marry my ex for love but I shouldn’t have because he was a monster.

He has it in his head that he’s the victim when in reality we BOTH are. I have improved but he has remained emotionally abusive and dismissing. Completely callous, he can travel from upland to here for soccer but he can’t drop off my Lupus treatment. He’s a pathological liar and ignorant. There are many people who keep their spouses out of the public eye but I guess his narcissism resented that. People can be cruel and he has a physical disability but he wouldn’t know that because he doesn’t support those kinds of people on social media, privately but I do. I made sure that I was the sole target and he did too by not caring. He lied and said he checked the forum but he didn’t. I have an extensive background in computer programming, social media and Cybersecurity, but he knew better than me. When he causally told me ‘ no big ‘ deal regarding assaulting me in my sleep, I didn’t react the way he expected. We got the private investigator for the cyberstalking and all of sudden he started running away. Only guilty people run and what’s sad is I allowed him to dump/project onto me, calling me an abusive/crazy when I was only trying to speak but he took off running.

Sophia and I do not get along, she’s a predator and assaulted him as a child, sexually. She’s also a drug addict. I think she’s in his ear and bitter that her second has already marriage failed. There are countless articles about celebrity Hackings and Fandoms cyberbullying, but for me it was impossible to him. He feels superior that’s why he speaks to me awfully but he’s always wrong.

I’m conservative and therefore I was not out there running the streets because I’m not that girl. However, some men just couldn’t take no for answer, then of course, it becomes my fault that I was being sexually harassed. “Just get offline and stop running your company” but they would never ask that of a man. I chose to stay in the shark tank but he can’t cope above ground living his own life independently because it’s not about him. He isn’t my caregiver, though I am bedridden and unable to completely care for myself, it’s actually the other way around and most people miss that. I can control myself and I don’t run out.

I wasn’t perfect. I was abusive and said mean things. I’m truly sorry. I own that and will healed but most importantly, I changed by actions but if you hear him tell the story, he’d say I’d beat him everyday it’s because he has to be the victim. I currently had people stalking me, that I was raped, I kept him safe and out of it, so it doesn’t effect him. He didn’t care and EVERYONE online was witness to that, because where was her husband in all this? Doing for himself, that’s where he was. We have been over for 7 years but I had healthcare and stalkers issues. He was weighing the option of having back surgery which I instantly agreed to be his caretaker. He couldn’t fathom the world of entertainment and fandoms, unable to care for myself, he again, left me and protect himself. It’s the absolute disregard for me and my safety, his reply was…. we were divorced. So to him I was fair game for sexual assault. Unfortunately, he was around my non-biological family and chose to become a gasliter just as they are and paint himself as the victim..

His father was accused of sexually harassing one of his mother’s students. At this point, I want to be alone. I don’t understand how people can be so cruel but I hope he finds better than me.He treats me with such contempt and I just want him to be happy. It was my fault for accepting love from a person who clearly doesn’t care about me. He’ll find out when people start showing up who don’t like me. I wish him the best. Being sexually assaulted by your spouse if more common than you think.

He was no saint. He left me on the floor during a seizure because he didn’t feel like dealing with it. I had to call 911, naked. He didn’t come to check on me and I was still in coherent and he abandoned me like that. I ended up lost and hospitalized. Then he spitefully did an art show and excluded me and he invited both his friends and family. It was because I had the seizure and he didn’t like it and that’s how he reacted.

However, it was me that pushed him to pursue art seriously, only for him to exclude me from that experience which I always encouraged him to do. He’s a covert narcissistic , he’s quiet so people think I’m at fault but I’m bedridden. He never supported anything I’ve done. He’s a monster.

I have a lot of stressful things happening in my life for the last 5 years but their having to do with me. I have a stalker and the situation is too much for him to handle. So he pretends like it isn’t happening and I’m holds me accountable which isn’t the case. I was also assaulted and he can’t empathize with how that effected me and he’s only focused on HIS life. I have a stalker and some of them are aggressive rejected men and any woman can tell you how uncomfortably some men pursue you. He doesn’t care to be involved with the situation because he doesn’t believe anyone would want me.

He’ll say things and then lie, say he didn’t. He never talks about himself- I don’t know anything about him and like I said, he lies a lot. He’s manipulative and believes anyone over me, it’s always my fault. He didn’t want kids and I saw a story about a guy stabbing his partner because he didn’t want a child, I said that I was scared that he’d do that to me. Then years later he says he’s afraid that I’ll do that to him. He’s has no empathy and never changes his behavior. I have changed but he still treats me as if I haven’t when he hasn’t. He allows his friends and family to call me lazy because of an illness but none of them are as successful as me. He’s my biggest hater.

He’s so beyond arrogant and treats me like a idiot. I’m entirely more intelligent and accomplished than him. He said that he couldn’t find it in himself to be happy for me. He’s treats me awfully and talks down to me. However, I love him so much and hope he finds better.

He looked at me with such contempt. I can’t stop thinking about him saying “you know how you get” and I don’t. I wouldn’t have ever thought that he would hurt me but he did.  And that entire “you know how you get ” was how he gets, getting him running out the house, just gives me the feeling that he was cheating or doing something shady. I really didn’t want to think he’d poison me but when I said “I’m getting stronger ” he took off running. Why would me getting better cause that reaction? Unless he didn’t want me too.

I pushed him to start the policy tree, take his art seriously, dressing better and getting higher paying jobs. He couldn’t even make eye contact and walked with his head down. However, he couldn’t be there for me when I needed him. I made excuses for him and he left me on the floor during a seizure, TWICE because it was too much for HIM. The lesson here is don’t get married.

Toxic Fandom: When Criticism and Entitlement Go Too Far

Certainly Her is an online magazine for everyone. It is about empowerment, love and making a difference in an imperfect world.