If you give power to ignorant people and condone promiscuous behavior in exchange for entertainment you allow faux “art” to become real life. As breathtaking as “Starry Night” is, life is not possible to live amongst those vibrant brush strokes.

Authentic art takes humility and rawness, as opposed to output designed to provoke the public for attention. These images of desperation are what feed the egos of the desperate and insecure. We allow and praise these images because they’re ostentatious.

In Kim Kardashian’s recent “Paper Magazine” shoot, she posed for the renowned French photographer Jean-Paul Goude for a re-creation of a shoot entitled “Jungle Fever” with his then-girlfriend Grace Jones. These Kardashian photos are saying “look at me” without acknowledging the racist overtones of this uninspired attempt by the photographer to recapture his “grace.” African American’s have had to deal racism based on body types for centuries, let’s call it the Saartjie Baartman effect. Kardashian, Paper Magazine and and Goude are overtly helping to perpetuate racist propaganda.

These purposeful nudes, overtly sexual images, and offensive imagery are solely to create more attention for oneself. “Look at me please, I need attention.”  Social media has created a platform where we have become the entertainment by creating “instafamous” people who gain notoriety for being naked or twerking on social media. Then, not mention paid journalist who praise these women or coin them as pioneers. If your body is your only talent and you sell that…well, that’s a sly way of endorsing prostitution.  This is a dangerous message that we are sending to the younger generations. 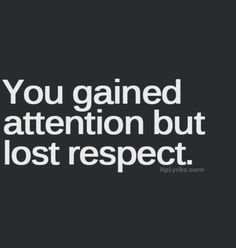 There are brave women and men physically working towards gender equality. I’m not talking about celebrity ambassadors, rather those who don’t use their name but education and natural dedication to said causes to bring about change.

Because we do not spotlight education and change makers, but rather these images of desperation, we have put these images in a position where they’re answering with misinformation.  We can’t condemn someone for not representing feminism when we don’t spotlight real feminists.

We must eat our own words and invest in women based on their character and what they have contributed to positive movements in society, rather than their celebrity status. Our failure to do so is the exact reason why we have made strippers and porn stars into figures of power. We have settled for so much less in our entertainment and what we are willing to accept.  We must take value in ourselves as women and as men. If we continue to provide “likes” and purchase the problems themselves then we are rewarding bad behavior. Whether you like it or not, you’re telling your mother, sisters, cousins and daughters that this behavior is okay and that it represents success for women.

There are psychotic people posing as “fans” ready to be on the defensive if you say anything about an artist. This is further telling that young women don’t value themselves. Who is fighting for them? Fight for yourself, your education and your own success. They think because the artists are “rich” that they don’t care and other fans shouldn’t have an opinion. Why is this? Well, because we live in an age where instant gratification is sought after like an antidote.  Having a lot of money is like a lot of having a lot of “likes”; it’s viewed as success and superiority to some. 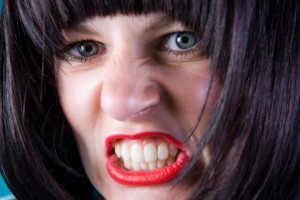 However, we all know that couldn’t be further from the truth. We as women need to take pride in ourselves and our OWN success. Being rich is simply a status and doesn’t define success. Success has no dollar amount.

Women should aspire to be more than sexual objects. It’s one thing to be in control of your sexuality and it’s another thing to sell it. You can be sexy with all of your clothes on. Your mind is as valuable as your body, it’s the most important part. You don’t need to take revealing pictures for attention.

I’m not slut-shaming. I’m telling young girls and women that this is not something to aspire to. They deserve much more. Your power is in your character and who you are, not what you have. Respect your body, respect yourself. You are worth more than being a “side chick” or mistress. Your value runs deeper and is more red than your redbottom desires. Education is something no one can take away from you.  Your best assets are your heart and not just your ass, which can also be used to sit in school, behind a corporation, to stabilize your dreams and/or to read your child a bedtime story. This needs to be said because every time I turn around now I see more and more women taking attention-seeking photographs. Women should love their bodies because they are beautiful, and not just because men “like” your photos, and vice versa. 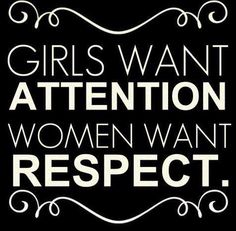 These artists of desperation who take naked pictures, distribute overly sexual content and offensive imaginary do not have your best interests at hand. They just want attention and they’re doing it at your expense. It’s cheap, disrespectful, and low. They just want the world to talk about them. If they did care about you, they would be teaching you to promote positivity and not themselves. These are the artists who claim that they love their fans, but when something bad happens, they take no responsibility. They will use Nazi images or take naked pictures then call it “art” just for publicity. Before you run to defend someone, think about what you are defending.

This is not glamorous nor is it sophisticated.  This is not Art but bona fide clip-art with a gimmick. Women deserve more, the world deserves more. This is not aspiration but desperation, we should recognize the difference. Women are queens and we are worth more than our egos could ever boast. It’s about teaching women to love themselves and know that they are queens. It’s not about bringing other women down; it’s about lifting each other up to a higher level that supersedes superficiality.

2 weeks ago Certainly Her

The Truth About What Happened to Me

4 months ago Certainly Her

2 weeks ago Certainly Her

5 Car Hacks Every Woman Should Know

5 Tips For Opening a Coffee Shop